Get creative feedback or just tell us your cat's name. Anything goes here!
Post Reply
6 posts • Page 1 of 1

I'm trying to look for some earphones (buds) that also have built in mics to do rogue ambient recordings with. I've found some cool options below from a few blogs on the net but I would really like a one stop shop for monitoring and recording within the same in-ear piece.

This isn't what I'm looking for but thought it was awesome:
http://microphonemadness.com/categories ... phone.html

Again, I would ideally just like to put these into my ears and then plug them straight into the 1/8" jack on my PCM-M10. I know some of you have some stealth recording setups so I thought it would be a good place to ask.

I'm looking for something in the $300-500 range if possible. Thanks for recommendations!

The price is right on those croakies.
Top 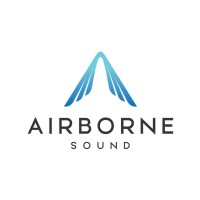 I have had good success with Sonic Studio's binaural microphones. They come with a headband (get the large one), so while they don't exactly fit in your ears, they mimic headphones well enough that the general public don't really notice. Also, they're scientifically spaced so they replicate binaural very well, and the fixed headband maintains a solid image.

I am also a big fan of the sound quality as well. Even if you don't need the binaural aspect, it doesn't really matter. It sounds quite good. Here's an example recording I gathered using that set up. It's of a streetcar entering an underground station. It can give you a good impression of the soundstage, etc.

Note that the mic is not strong when gathering quiet sounds, such as room tones or wind. Pointless, really. I got the 6S/EH (EH for extra high, but still not high enough for quieter sounds). It is great for crowds, but I use it for any stealth recording as a backup to my main rig.

It's important to use their suggestion for microphone placement (more toward the temples than over the ears, but you can fake it a bit). The "head shadow" significantly improves the sound, although in a pinch it can be used without head shadow and it works OK.

I believe it set me back $600, but is completely worth it. Highly portable, rarely noticeable by the public, and reliable. The only downside is dealing with Sonic Studios themselves… their website will scar your eyes, and ordering from them is frustrating.

Anyway, I use the mic directly with my Sony D50's 1/8" input without any other amplification or adapters, so I'm sure it will work fine with your M10.

I've never used them, but I think there size would allow for some pretty stealth maneuvers.
Top

These are great! Thanks for all the awesome suggestions, guys!
Top

Check this out, I wonder if they're any good...
The only combined monitoring/recording in-ear phones I've found