Mac Pro - What do you think?

Conversations on gear and other tools of the trade.
Post Reply
8 posts • Page 1 of 1

Mac Pro - What do you think?

What does everyone think about the new Mac Pro? I'm personally a fan of the size but not a huge nut on the aesthetic or the expandability (considering the probable price). I wish it had some ports on the front of the unit as well. How many of you will be upgrading?

I think there will be a run on the existing towers. :-\
Top

Yea, they are still a work horse! I'm considering getting an older one. Hopefully the price drops on them more.
Top

I'm sure the new Mac Pro one would be powerful, but what a pain in the butt to hang all your peripherals off it. Why not just get a fast i7 iMac instead?

Otherwise everyone has to get those Thunderbolt PCIe cases for Pro Tools HDX / HD Native anyway. It's a bummer.
Top

Not a fan, have started looking at custom built PC's from the likes of PC Audio Labs or Rain. Figuring that the price will probably fall somewhere around $3k then I have to add in the price of a new I/O box that's not PCI based (or an expansion chassis) and multiply for each room; it gets spendy quick. I can get an equivalent PC for about $2500, a huge savings. Not really thrilled about working in Windows but Apple isn't leaving a lot of options open. John
Top

I actually kind of like the new Mac Pro, or at least what it's attempting to do, specifically with this big push on Thunderbolt. It takes a more modular approach to the computer where you buy the parts you need as you need them. Having so many Thunderbolt ports and controllers makes it insanely expandable, and more and more companies are putting out peripherals that work just like their PCIe-equivalent (AJA and Blackmagic come to mind). Spec-wise, this computer looks to be quite a beast.

There are still users who need PCIe cards (HDX, etc), but there are a few TB->PCIe chassis on the market to cover this. As time goes on, I imagine that we'll see even more Thunderbolt devices that replace PCIe cards (as long as Intel stops blocking them). Why? Outside of the professional world (and maybe PC gaming), desktops aren't the most popular models out there, and supporting a growing standard that is mobile-friendly while not giving up on power/expandability makes way more sense. [DISCLAIMER: there's a TON of speculation here, take it as you will]

All of that said, Apple could really screw this up if they price it too high. As others have said, if it costs as much as the current Mac Pro line, the price after adding the necessary expansions will scare away a lot of people. Here's hoping!
Top 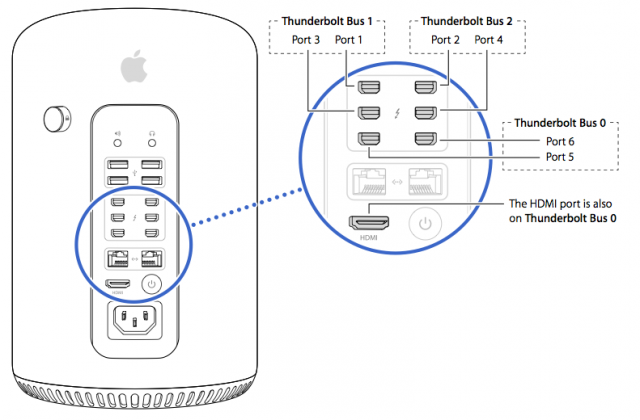 Ars Technica has a pretty in depth review/hands on experience from a professional 3D artist. Not exactly a one to one of what we do but it's refreshing to see a professional give his thoughts on it and push the hardware.

A friend and I priced up a top spec pro on the Apple site just the other night… Total was over £7500 sterling. Thats around 25% more for the top tier mac than previous models. The size is ridiculous, and yes is very appealing. But considering the new cooling system, i think we may have some early additions of these units being melted by heavy rendering sessions! I'm sure everyone remembers the battery acid incidents on the older MacBooks

The graphical power is immense on these new machines.
Top
Post Reply
8 posts • Page 1 of 1

Return to “Hardware and Software Discussions”